As you may know, this blog started life as a resource aimed at the members and Alumni of Birmingham University's Guild Musical Theatre Group.

Since then, I have realised that a great many artists I know could use a serious resource for discussion and debate of the major issues.

So, I open this network to any and all arts professionals who would like to use it. Over the years, I have seen some awe inspiring performances and productions by a great many talented and high ranking individuals, whose knowledge would be an asset to the artistic community. I invite these individuals and others to come forward, so that their achievements may be celebrated.


If you would like to write articles or make comments on this blog, please let me know. My contact email is on the link. Membership is free, and there are no obligations. Existing members are free to write as and when they want.


Its is also easy to forget, that we don't often have a chance to discuss or to think about the most serious issues affecting the arts. Despite all the progress made by online networks like Facebook and Twitter, there still needs to be a place where opinions can be viewed, and I hope that this will be such a place: a neutral ground, where all are welcome, and where knowledge can be shared.

Artists of all disciplines, I hope that this will assist your development and further networking. May this resource serve you well.

These are hard times for arts professionals, it can be said. I read a recent article in The Stage magazine, that highlighted the damage caused by funding cuts: to local authorities, local government and indirectly, to donations. Not only is it a tough time for the arts, but for industry in general. Therefore, I had an idea for something that might just offer a boost to the networks.

One project I worked on, was a reunion for my old student theatre group, the Guild Musical Theatre Group, at the . The aim of the project was to do a lot more than just reunite old friends: rather, it was to be a catalyst for something.

For over 25 years, the Guild Musical Theatre Group has put on great shows, and the annual showcase is usually part of that. Bearing in mind, that this society also performs to a very professional standard, and its Alumni have gone on to do great things throughout the arts and other industries.

The plan was simple. Ask the current student society to put on a show, but the difference with this showcase, was that the Alumni themselves were to be invited to take part. In doing so, they would bring their experience and connections. On top of which, I hoped that a new online network could be set up, to encourage both sides to share information and links.

Sadly, this never came to fruition, as the Guild of Students could not be booked for the scheduled date. Nevertheless, the most important example from this project, was that it was an opportunity. Had it succeeded, I believe that a great many connections and new ideas could have been shared. In fact, I still believe that if Guild Musical Theatre Group's students and Alumni joined forces, they could create a powerful arts network; and I submit that a reunion format is an ideal networking opportunity for students.

For any college, university, or organisation with voluntary arts societies; I suggest they work on a project involving both students and Alumni: such as writing a new show together, and performing it, or hold a reunion . This will allow Alumni to meet old friends of course, but what it will also do, is to bring students and Alumni round to the same table. There are many such societies, whose standards are exceptionally high, and whose members are using them, to gain experience for careers in the arts.

If a show or showcase is put on: but both Alumni and students are invited to participate, this will allow connections to be made on both sides. The major ingredient is participation. I’ve heard of reunions, where Alumni have been invited to come and see their successors’ work, and meet with them afterwards. All well and good, but if Alumni and students were part of the same project, the event would be a lot more effective.


Performing arts teachers may argue with me, that this is usurping the role of professional arts networks and schools, but I counter that many potential artists will be dissuaded from studying by the on-going cuts: so more avenues need to be open, to compensate, especially on the fringes of the industry, where enthusiasts from other disciplines can be found. They may also argue that the existing showcases are more than effective as a means to bridge the gap. While they certainly are effective, I still believe that the reunions and collaborations are a less formal, but potentially useful means for students to make connections.

At the moment, these events happen on an ad hoc basis, but Universities and all higher learning centres could make these events a part of their policy, and actively promote them, alongside formal showcases. The advantage of an informal collaboration like a reunion, or a new show, is that there is less pressure to make formal connections. Any made are a bonus. And in fact, this format could be used for students and Alumni of all clubs and societies.

Another important measure, (to make sure that the connections are not lost), is to set up a specific digital network for that group: open to both members and Alumni. A special Facebook Page, a Twitter account, or even via Google+ and Flickr account could achieve this. Although it may seem obvious, I am convinced there need to be more specific social networks, to encourage people to focus their energies, and to keep important connections. This applies not only to the arts but to every single industry.

We need to make sure that the students of a discipline are able to talk each day, with professionals in the field as well as retired veterans who have years of experience. With online social media this is now more possible than ever before. The information shared will guarantee new developments on all sides and help the stability and growth of each industry. But both students and Alumni need a common project to begin this process.

A great example of collaboration in practise has been achieved by the libraries and learning centre, The Hive at Worcester. This library is the first of its kind in Europe: integrating both Worcester University and Worcestershire County Council libraries to form one learning centre for all. The result is an informtion powerhouse that boast exhibits, artefacts, global mapping systems, and every kind of learning resource imaginable. Through collaboration the academic and professinal sectors have amplified their systems, and have have given both students and members of the public access to a huge range of new information. This is what can be achieved. If the same project were undertaken for all industries, especially the arts, our economy and young people's future would be a better one.

Young people (and Alumni) may have been hit badly by this Recession, but through collaboration, they have the power to do something about it. While the idea is hardly revolutionary, I hope that this may allow the fringes of the industry to be strengthened, and the gaps between the academic and professional sectors to be bridged. Participation is a way to strengthen networks, and projects to help collaborations between students and Alumni, are the most effective solution..
Posted by James Megarry at 14:27 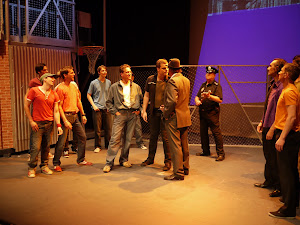